The building is located on the Avenue, connecting the towns of Salou and Cambrils along the coast, 50m from the beach and...

The relaxing apartment complex is located in Avda. Delegation, no. 72, in Cambrils. The building is located on the road between... 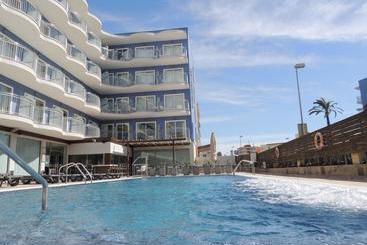 This good-value accommodations is located next to the beach and features an outdoor swimming pool for adults and children,... 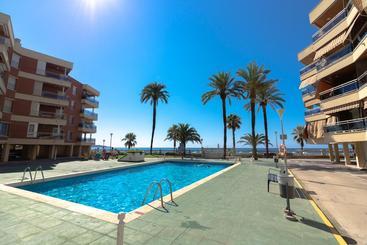 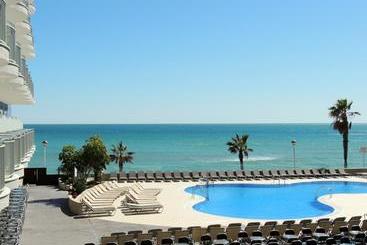 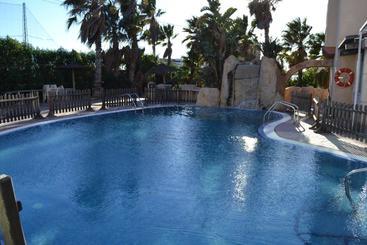 This hotel is situated in Cambrils, around 3 km away from the city centre, which offers plenty of shopping and entertainment... 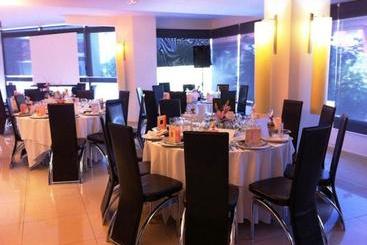 This beach hotel is housed in a newly constructed building located right in the Old Town, 1.5 km from the centre of Cambrils...

Cambrils is another of the most popular destinations on the Costa Dorada. A traditional fishing village with a port and an old urban core dating from the eighteenth century, it is growing thanks to tourism.
It is in summer that the visitors increase, but it is a place that can be visited at any time of the year.
The town has many museums, including the Museo Tres Eres where the tours dedicated to ecotourism, usually start. The remodeled marina, the construction of underground parking and the promenade of the port have all increased the comfort for tourists when they are visiting this beautiful place.
In summer, the city becomes reborn. Its typical to enjoy many outdoor events and concerts during the evenings, whether taking in Passeig Miramar, the sunset on the boardwalk at the Yacht Club, or the breakwaters in front of the Parc del Pescador. Among the many other sites the city offers its also worth seeing the old quarter of the city, the Torre de la Ermita Museum, and the itinerant market, which is organized at the most central and ancient point in the town and from where all the typical products of the region are sold.
On its beaches you can enjoy all kind of sports, and it is very common to see tourists horse-riding along the beach at sunset. The most popular highlights include: the beaches El Regueral (which is the largest), El Cavet, and la Llosa, la Horta in Santa Maria, and the Tower of Esquirol. The mild climate it shares with the region of Salou and its proximity to Port Aventura are other attractive reasons to visit Cambrils. It has fine-sand beaches extending along more than 9 kilometers of coastline, marked with two European Union Blue Flags as evidence of their good quality.
The nightlife in Cambrils is calmer and usually focused on the many festivals in summer, which involve celebration parades of giants and big heads in the ancient part of the town. Dances, las sardanas, and other celebrations are more traditional. For the youth in general so-called Summer Nights are organized, involving numerous concerts throughout the summer months and including the Music Festival of Cambrils in August.
And all this without mentioning the typical places to have a cool drink and the discotheques that can be found along the Seafront.
See more See less

The most centrally located hotels in Cambrils with the best ratings are: Apartamentos Pepita Bandert, Hotel Rovira and Mónica Hotel.

If you're bringing a vehicle, we recommend that you book a hotel with parking in Cambrils, like Apartamentos Pepita Bandert, Hotel Rovira or Mónica Hotel.

If you need a hotel with disabled access in Cambrils, we recommend Mónica Hotel, Hotel Best Marítim and Hotel El Cami.

According to our clients, if you´re travelling with children, the best hotels in Cambrils are Hotel Vila Mar, Mónica Hotel and Hotel Rovira.

If you want to save time, the hotels in Cambrils with express check-in and check-out are Hotel Sol Port Cambrils and Hotel Port Eugeni.

The best hotels with a pool in Cambrils are Hotel Rovira, Mónica Hotel and Hotel Best Marítim.

Some of the options for hotels with non-smoking rooms in Cambrils are Apartamentos Pepita Bandert, Mónica Hotel and Hotel Vila Mar.

The best-rated hotels in Cambrils with a gym are Mónica Hotel, Hotel Best Marítim and Estival Eldorado Resort.