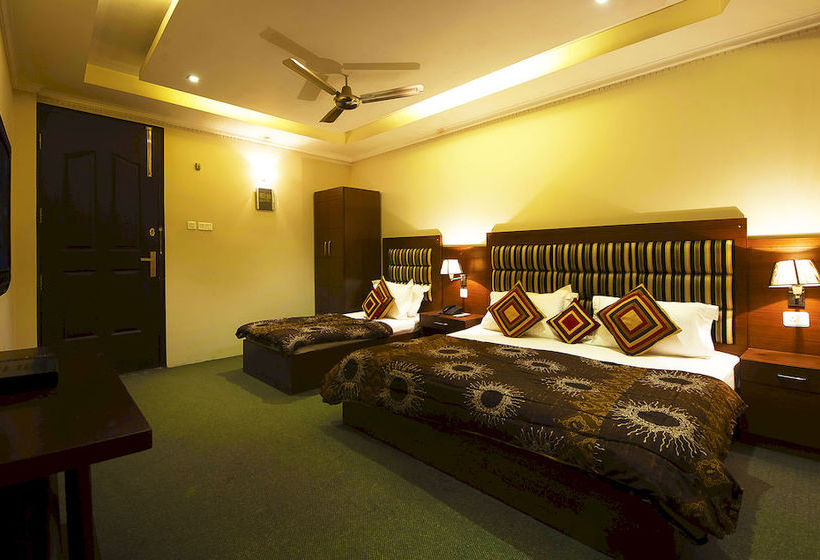 With a stay at Hotel City Centre in New Delhi (Mahipalpur), you'll be close to AMBI Mall and DLF Emporio Vasant Kunj. This hotel is within close proximity of DLF Promenade Vasant Kunj and Jawaharlal Nehru University. Take in the views from a rooftop terrace and a garden and make use of amenities such as complimentary wireless Internet access. This hotel also features concierge services, complimentary babysitting/childcare, and a hair salon. If you'd like to spend the day shopping, you can hop on the shuttle (surcharge). Featured amenities include a business center, a computer station, and express check-in. Event facilities at this hotel consist of a conference center, conference space, and meeting rooms. For a surcharge, guests may use a roundtrip airport shuttle (available on request) and a train station pick-up service. Make yourself at home in one of the 43 individually decorated guestrooms, featuring tablet computers and plasma televisions. Your pillowtop bed comes with down comforters. Rooms have private balconies. Wired and wireless Internet access is complimentary, while MP3 docking stations and digital programming provide entertainment. Private bathrooms with separate bathtubs and showers feature jetted bathtubs and rainfall showerheads.