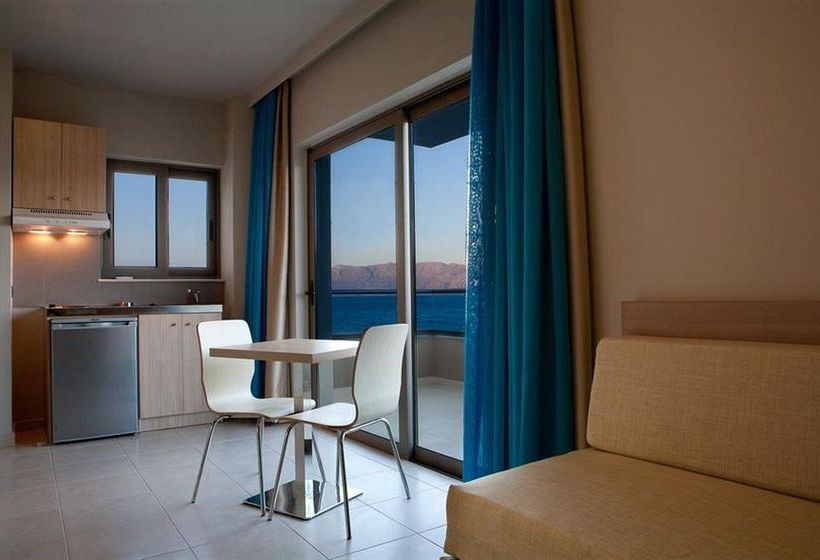 In the heart of Kissamos, Nautilus Bay is close to Kissamos Stadium and Port of Kissamos. This beach aparthotel is within the vicinity of Falassarna Beach and Ancient Falassarna. Take advantage of recreation opportunities such as a seasonal outdoor pool, or other amenities including complimentary wireless Internet access and a television in the lobby. Featured amenities include a computer station, express check-in, and luggage storage. Make yourself at home in one of the 26 air-conditioned rooms featuring kitchenettes with refrigerators and stovetops. Rooms have private furnished balconies. Wired and wireless Internet access is complimentary, while 22-inch LCD televisions with satellite programming provide entertainment. Conveniences include phones and safes, and housekeeping is provided daily.

Your flat on Destinia