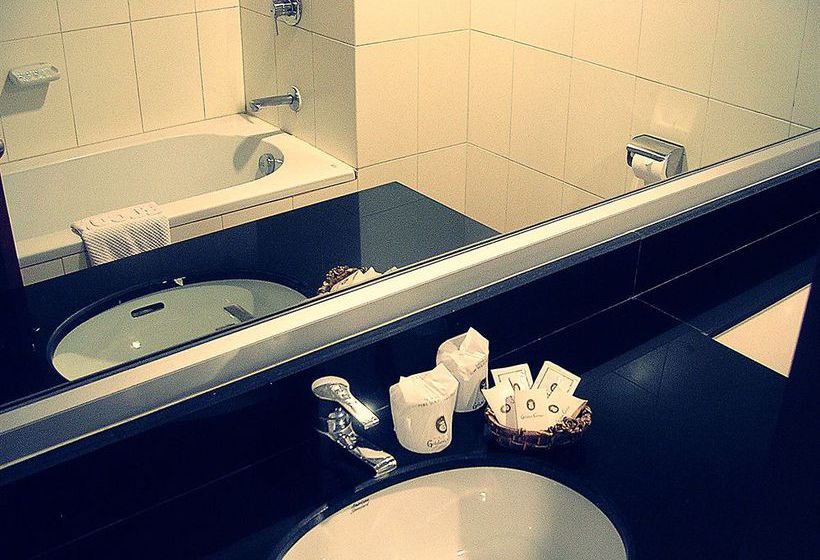 With a stay at Hadyai Golden Crown Hotel in Hat Yai, you'll be minutes from Mitraphap Samakee Hospital and Lee Garden Plaza. This hotel is within close proximity of Ocean Shopping Town and Kim Jong Shopping Center. Take in the views from a terrace and make use of amenities such as complimentary wireless Internet access. Featured amenities include a 24-hour business center, a computer station, and complimentary newspapers in the lobby. Free self parking is available onsite. Make yourself at home in one of the 102 air-conditioned rooms featuring refrigerators and minibars. Complimentary wireless Internet access keeps you connected, and cable programming is available for your entertainment. Private bathrooms with separate bathtubs and showers feature complimentary toiletries and hair dryers. Conveniences include phones, as well as separate sitting areas and complimentary bottled water.