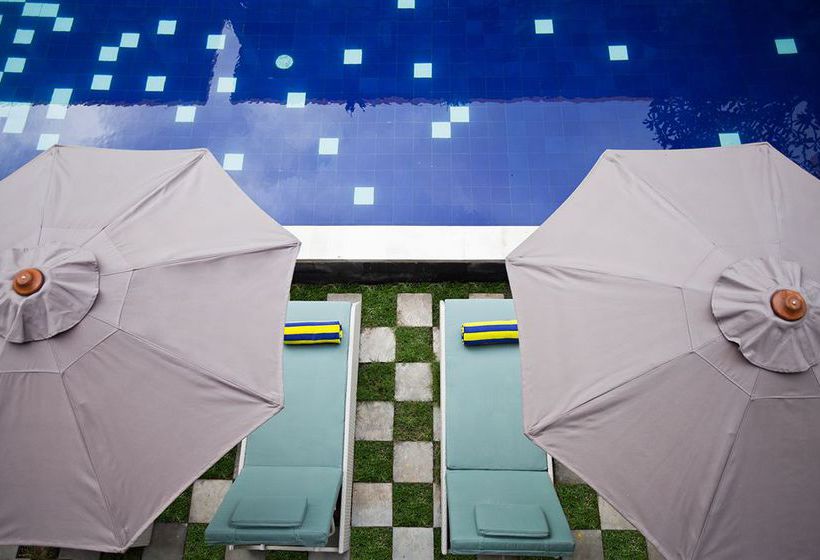 With a stay at Palloma Hotel Kuta in Legian, you'll be in a shopping district and minutes from DMZ Trick Art Museum and close to Kuta Beach. This hotel is within close proximity of Honorary Consulate of Brazil and Honorary Consulate of Spain. Take advantage of recreation opportunities such as an outdoor pool, or other amenities including complimentary wireless Internet access and a television in the lobby. Getting to the surf and sand is a breeze with the beach shuttle (surcharge). Featured amenities include dry cleaning/laundry services and a 24-hour front desk. A roundtrip airport shuttle is available for a surcharge. Make yourself at home in one of the 46 air-conditioned rooms featuring refrigerators and flat-screen televisions. Complimentary wireless Internet access keeps you connected, and satellite programming is available for your entertainment. Bathrooms have showers and hair dryers. Conveniences include phones, as well as safes and desks.