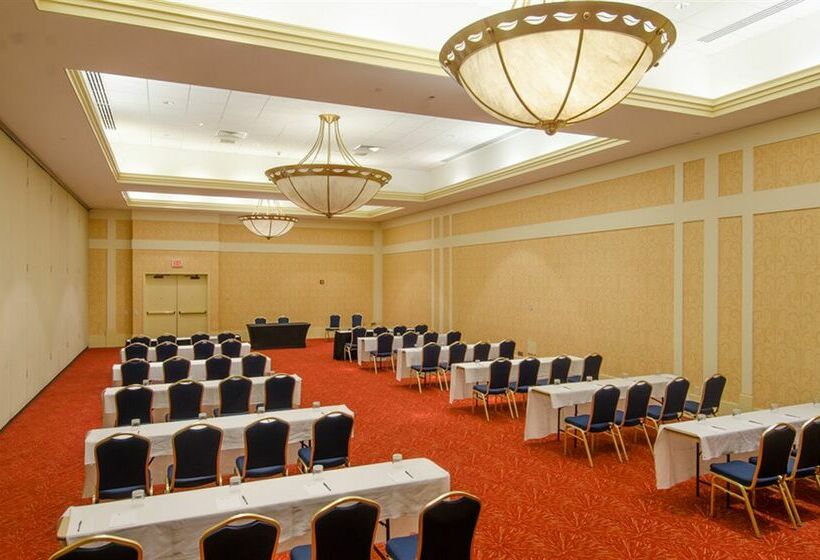 Wyndham Garden Trenton is in the heart of Trenton, walking distance from Trenton War Memorial Theater and Old Barracks Museum. This hotel is within close proximity of New Jersey State House and New Jersey State Library. Take advantage of recreation opportunities such as a fitness center, or other amenities including complimentary wireless Internet access and gift shops/newsstands. Additional amenities include wedding services, a fireplace in the lobby, and a television in the lobby. Featured amenities include complimentary high-speed (wired) Internet access, a 24-hour business center, and a computer station. Planning an event in Trenton? This hotel has 11000 square feet (990 square meters) of space consisting of a conference center, conference space, and meeting rooms. A roundtrip airport shuttle is complimentary (available 24 hours), and a train station pick-up service is also provided at no charge. Make yourself at home in one of the 164 air-conditioned guestrooms. High-speed (wired) Internet access (surcharge) is available to keep you connected. Bathrooms feature shower/tub combinations, complimentary toiletries, and hair dryers. Conveniences include phones, as well as complimentary weekday newspapers and coffee/tea makers.