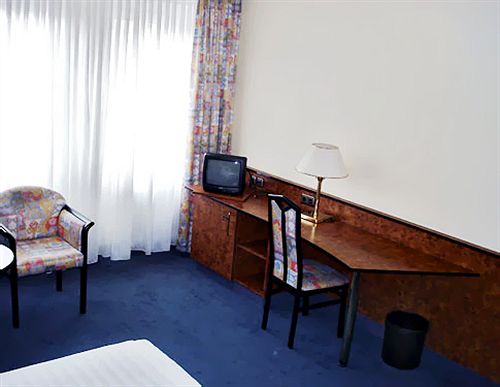 With a stay at President Hotel Frankfurt in Frankfurt (Gutleutviertel), you'll be minutes from Skyline Plaza and Festhalle Frankfurt. This hotel is within close proximity of Messeturm and Frankfurt Trade Fair. Featured amenities include express check-in, express check-out, and complimentary newspapers in the lobby. Make yourself at home in one of the 63 air-conditioned guestrooms. Complimentary wireless Internet access keeps you connected, and satellite programming is available for your entertainment. Bathrooms have shower/tub combinations and hair dryers. Conveniences include phones, as well as desks and complimentary newspapers.